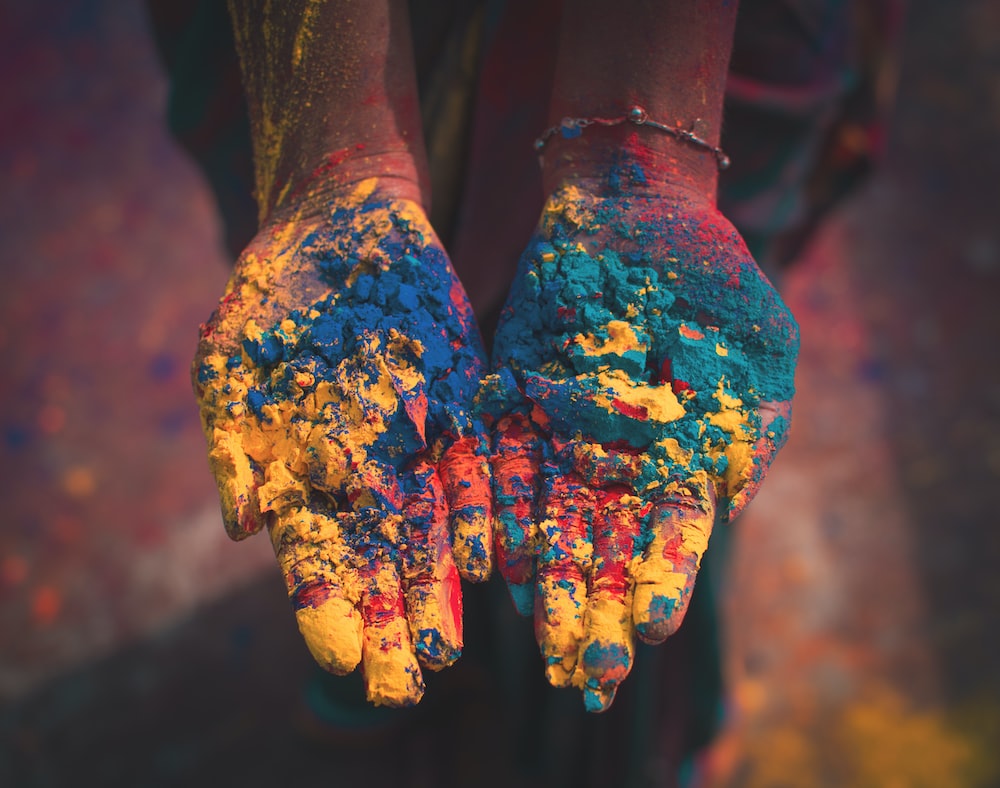 Winters are going. Summers are here. Come March and we can’t help but think about… Holi! With Rang everywhere, our drooling mouths waited to devour hot puran polis and gujiyas, while scheming for water balloons and enjoying family get-togethers! The festival of colours — Funny coloured faces, drenched clothes, filled tummies and a lot of snoring followed after.

7. Getting Ready for Holika Dahan 🔥

Remember, prepping for the rituals before the actual Holi… So, on choti holi (as we used to call that day!) — there used to be a bonfire at every chauraha near our houses. We used to go with our mums for puja. And later, dad used to go when it was lit up, and bring back prasad (coconut, gajak, papad!). Ah… simple old days. And simple traditions 🙂

6. Prepping For The Battle! ⚠️

Taking out our uniform for the battle – old, torn clothes from the store; helping mum with cooking and cleaning; and of course, filling up 100s of water balloons for the next morning — Holi Eve (just like Christmas Eve) was one busy affair.


Then… we arrived at the D-Day!

5. Bathing in Oil Before Our Battle 🔫

Even if our usual wake up time on holidays was 10pm, this one day was super-special. We used to be up by 7am. Breakfast done. And then, our yearly ritual — bathing in oil! Not even one hair strand was spared. Covered with oil, adorned in old tattered clothes, we went for our battle. Our battle cry:

And… remember how we used to form teams with friends and roam around the neighbourhood in full tashan with coloured faces, goggles, and our pichkaris as guns! Prepared in full swing for the colourful battle, we sneaked around with our water guns like we were C.I.D, only were waiting for someone to tell us “Daya, दरवाज़ा तोड़ दो!” — to finally spray the coloured water on the next person we saw.

Okay! Who went to those colony-organized Holi parties in the park? Duh! Parents, obviously! To play that एक चुटकी वाली होली 😆 — But, the food and the songs! The playlist was set. That Balam Pichkari song came much later. Bachchanji ruled the Holi party with —


Followed by the newer songs:


And every time the hook line came up, we’d throw colours up in the air. Full Bollywood feels!

No festival is complete without food. In fact, festivals = food! 🍱 Puranpoli. Gujiya. Puri. Aloo Bhaji. Halwa. Loads of sweets. Thandai. And again, some pakode and chai. Holi was indeed special. We miss those days!

And ending the festival… our plan was set — Play holi from morning to noon. Take a bath for 1 hour ghiss ghiss ke. Get tired. Eat. Sleep till night. Eat. Sleep again! 😴

0. Going Back to School as Pink Panthers 🧞‍♀️

Holi usually fell between exams, or towards the end of the month. And no matter how much mum and dad scrubbed us, our hands, nails, ears, necks, sometimes, nose was a bright neon pink 💖 — and we were not alone. One for all. All for one. The Pink Panther Party!


That was the Holi we used to celebrate.


All that truly mattered to us was joy in the smallest of things. We knew what made us happy and finding joy wasn’t so hard, after all. We didn’t hold back from losing ourselves to the madness, noise, and lively moments.


This year, let’s not forget the real essence of Holi — letting loose and letting go. Of all the bad things, and getting drenched in the colours of life. Together.